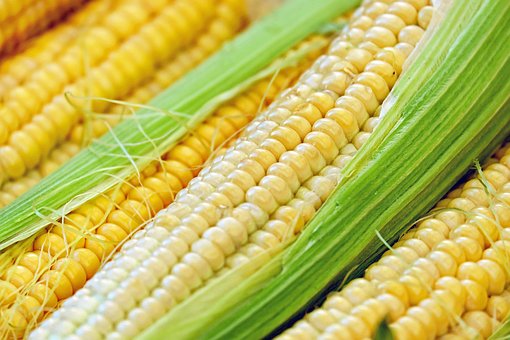 Asia had its rice, Europe had its oats and wheat, America had its corn. Maize, or Indian corn, originated in the Americas and Mexico and has been their mainstay for centuries. However, the plant has come a long way since its early form. Cultivated for centuries, it grew to become taller, hardier and sweeter than its initial beginnings. A staple food, together with squash, beans, quinoa and other grains, it was highly valued by ancient civilizations and still is.

Scientists believe people living in central America and Mexico began developing corn at least 7000 years ago. It was started from a wild grass called teosinte, which looked very different from our modern-day version. The ears and stalks were much smaller, the kernels placed farther apart. Corn proved a valuable resource for early civilizations, not just just for food. Every area of the ear, such as husks and corn silk, was used for baskets, bedding, stuffings, decorations, religious ceremonies and even smoking pipes.

In North America, corn was here long before the white man, arriving from Mexico and points south, thousands of years ago. The Native Americans, who called it maize, taught the early settlers how to grind kernels into a flour that was subsequently used for making pudding, porridge and breads. They also taught them how to wash corn and use it as an animal feed and keep it on the long winters. Believe it or not, some kinds of corn could even be popped for a treat and decoration, exactly like today. About 2500 BC, as maize began to spread to the north, it was first cultivated in what is now New Mexico and Arizona. In the U.S. alone, we develop 361 million metric tons annually, and corn is the largest crop in the Americas, second globally.

The word”maize” was originally Spanish, and comes from the word mahiz from the Arawak language, and in the early 1600s it wasn’t yet a common word in England. Because of its flexibility and ability to adapt to different soils and climates, corn became a familiar crop in Spain and Italy during the 1500s although still not incorporated in their cuisines on a broad basis.

But they soon found these grains didn’t grow too in the cold New England climate as they had across the pond. When introduced to maize by the Native American Indians, they immediately adopted the new crop and learned how to utilize it to its full advantage. And barnyard animals happily munched on it during the long winters. Maize did not appear in China before the mid-1500s and was probably initiated by the Portuguese who found it grew well in Asian climates. It was probably mature field corn, ground into a form of mush and certainly took a backseat to rice.

It’s highly possible that Columbus brought back corn to Europe after his whirlwind voyage to the Americas in 1492. For centuries afterwards, the term corn was generic, describing all cereal grains in general, and it was probably utilized in ancient years pretty much for animal fodder. The Europeans and Brits were slow to adopt it for human consumption, preferring their recognizable oats, wheat and barley.

But not Thomas Jefferson. From the early 1800s, corn was among his plantation’s many flourishing crops, and he proudly served his favorite corn pudding frequently at his bountiful dinners. As a vegetable aficionado, he also enjoyed it in different forms, such as roasted on the cob and in a simple cold salad.

The Midwestern states of Indiana, Iowa and Illinois produce the majority of the country’s crop, and our American cuisine seems unthinkable without the many forms we enjoy from one of our favorite veggies. Sadly, corn has come under fire recently because of high fructose corn syrup and its proliferation of Genetically Modified (GMO) mutations. Although somewhat removed from the Indian corn our ancestors encountered, it still continues to flourish as a major crop here in the U.S. as well as worldwide. Summer especially goes together with our beloved corn, and what would movies be without it popped and covered with melted butter, or fairs and carnivals without corn dogs. However you view it, America is truly a corny country. And that is not just chicken feed.